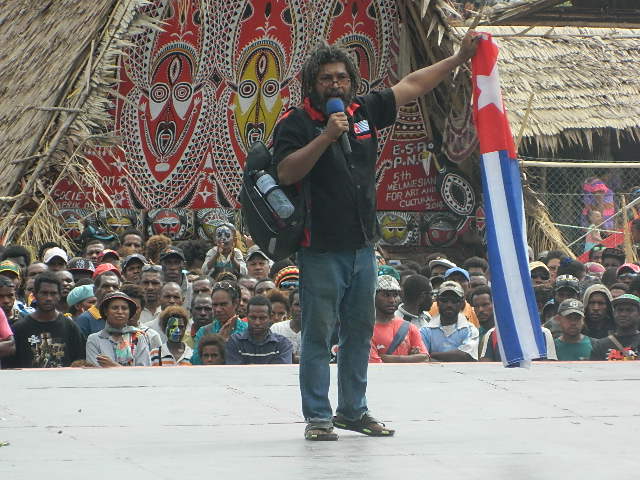 Following the actions of Free West Papua Campaign – PNG on International Human Rights Day, FWPC PNG coordinator, Fred Mambrasar was interviewed by Caroline Tiriman on Radio Australia’s Tok Pisin service on the importance of the PNG government giving citizenship to all West Papuan refugees as they said they would.

LISTEN TO THE INTERVIEW HERE

He said that although there was much talk about PNG citizenship being given to West Papuans on paper, there was still much to be done in reality. There are now over 10,000 West Papuan refugees living in Papua New Guinea and some of then have been here for over 40 years.

Citing the ongoing killings, Fred Mambrasar also dismissed the promises of the Indonesian President Joko Widodo to develop West Papua and talked of how West Papuans do not want “autonomy” but only Independence and that this was the only way in which Indonesia could really help West Papua.

He said how he was confident that the world is beginning to support West Papua and especially across Melanesia but one of the key problems is the need for support from Papua New Guinea. Fred Mambrasar talked of how earlier this year, Prime Minister Peter O’Neill announced that he would support PNG’s brothers in West Papua and so therefore he must follow up with action to truly help and support the West Papuan people. 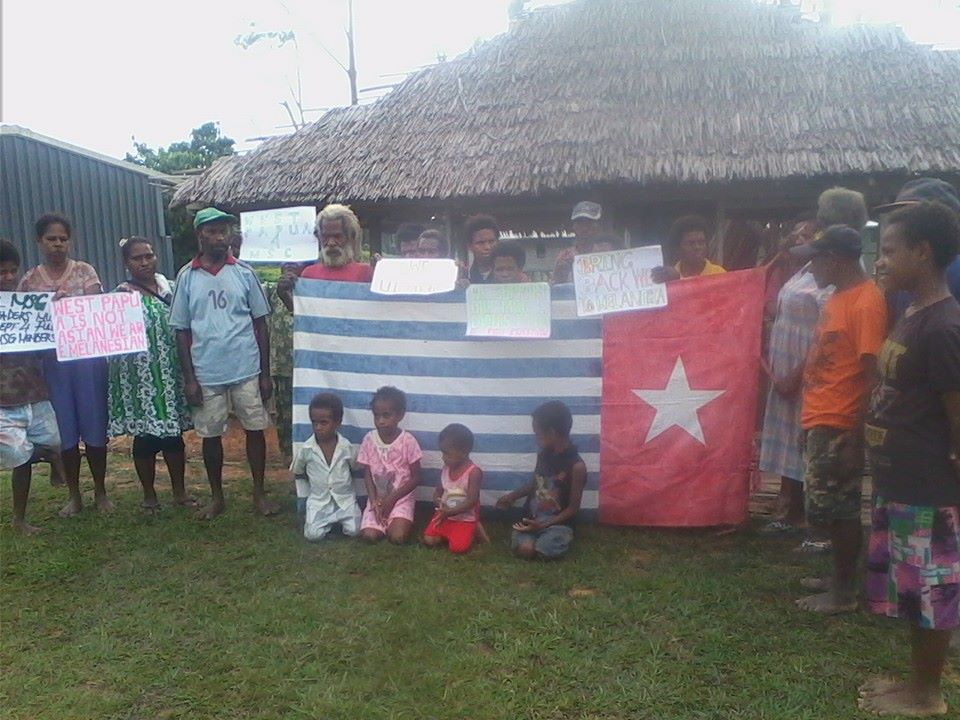 The Pacific Islands Forum recently agreed to send a Fact Finding Mission to West Papua and asked Prime Minister Peter O’Neill as Chairperson to help facilitate with this. Fred Mambrasar therefore urged the Prime Minister to talk to the Indonesian government to allow this human rights fact finding mission full access to West Papua. He called for a real Human Rights Fact Finding Mission, not to Jakarta or just the capital city of Jayapura to meet with bureaucrats but to meet with real West Papuan people all over West Papua.

Free West Papua Campaign – Papua New Guinea remains fully committed to campaigning for the right to self-determination for the people of West Papua.

Previous article Reported massacre in Yapen – “Indonesia is committing a secret genocide in West Papua” →
Next article Benny Wenda responds to the Indonesian government, “West Papua will never be part of Indonesia.” →